Welcome To The Official Website Of Michelle Phillips & Ed Hopkins Of Tagish Lake Kennel,
Your Next Destination For Sledding Adventure In The Yukon

About Michelle and Ed

Michelle Phillips is a born-and-raised Yukoner who has been running dogs for 24 years. Her racing history is wide-ranging and accomplished. She’s a nine-time Yukon Quest and eleven time Iditarod veteran, she’s won the Yukon Quest 300 twice, she’s raced the Percy De Wolfe, the Kobuk 440, the Klondike 300, the Cantwell Classic, the Gin Gin 200 (winning and breaking a record, too), the Denali Doubles, Taiga 300, the Paul Johnson Race, and the Copper Basin 300.

She’s collected awards and personal bests along the way. In the Iditarod, Michelle Phillips received the Herbie Nayokpuk Award, presented to the musher who best exemplifies the level of sportsmanship and love of dogs that Mr. Nayokpuk demonstrated in his life. She has also earned “Rookie of the Year” in both the Percy De Wolfe and the Copper Basin 300 races. In 2009, she received the Vet’s Choice award for the Yukon Quest for providing superb care of the dogs.

Michelle strives for excellence in dog care — and works year round to promote the sport of dog mushing. 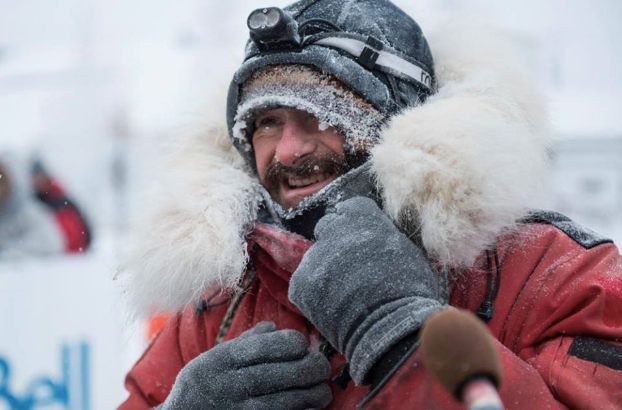 Ed Hopkins of Tagish Lake Kennel began mushing in 1986 while handling dogs for Harry Sutherland. After a few years of running his own team, Ed handled dogs for Susan Butcher for two seasons, running her yearlings in the Yukon Quest in 1993 and 1994.

In 2019 Ed ran the Iditarod and received the Rookie of the Year award.

In 2015, Ed returned to the Yukon Quest trail wearing bib #20 (his original number) and finished in third place.

Ed Hopkins’ passion for the sport of mushing and the well-being of his dogs has been reflected in the awards he has collected. He received the humanitarian award at the Kobuk 440, the Sportsmanship Award at the Yukon Quest, Rookie of the Year in the Iditarod, plus over his years racing the Percy De Wolfe, he took home the Sportsmanship Award (three times), the Humane Society Award and the Vet’s Choice Award.